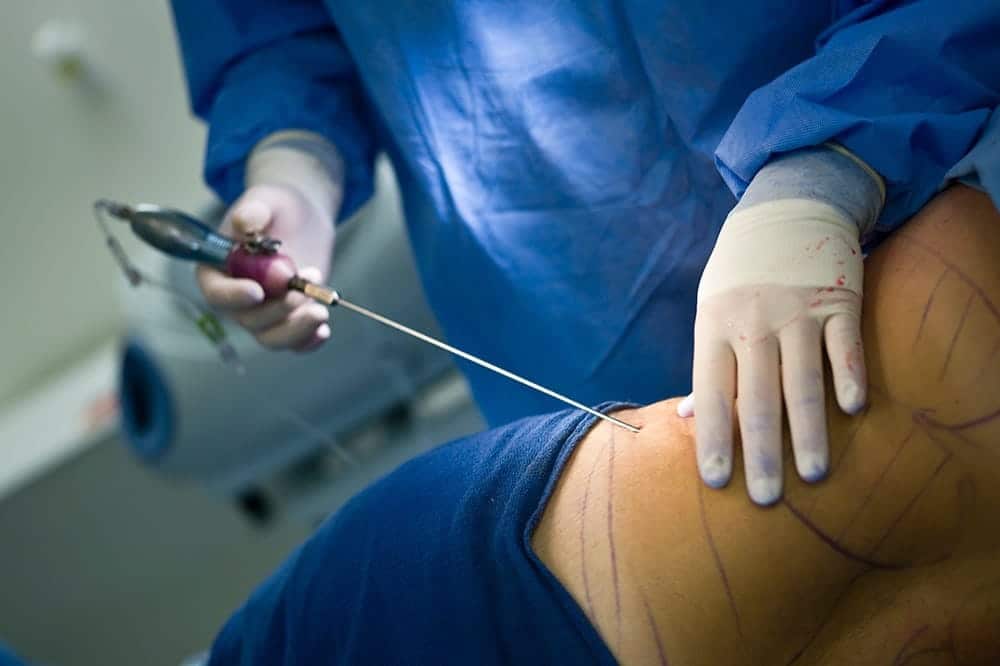 The world of fat loss is a lot more complex than simply eating less, exercising more, and gradually making one’s way towards a leaner, slimmer body. Many of us carry a disproportionate amount of weight somewhere on our bodies that simply will not be shifted by careful diet and exercise.

For men, this fat tends to exist around their upper and lower abdomen and around their flanks (love handles). For women, fat tends to collect around the lower abdomen and inner and outer thighs. What’s more, these sections of fat tend to worsen as we age thanks to loss of muscle mass and a slowing metabolism. So how can you get your body back to its lean, sculpted self if diet and exercise are not the key?

Traditionally, people tend to think of liposuction and abdominoplasty (also known as a tummy tuck) as the best options to get rid of stubborn pockets of fat. However, Cryolipolysis – a less invasive procedure that freezes fat to eliminate fat cells – is the latest treatment to hit the fat loss market, and is seeing increasing uptake amongst patients. Each of the three procedures carry their own risks and benefits, and it’s up to the individual to make a decision based on their needs. To help you understand the difference between the procedures, we’ve weighed up the pros and cons of each below:

An abdominoplasty is the most invasive of the three procedures and is performed under general anesthetic. Put simply, it involves removing excess skin and fat via a horizontal incision across the lower abdomen. Once the muscles are exposed, the surgeon will tighten them and sew them together if they are stretched out. The surgeon will then pull the skin tight over the abdomen and suture the incision back together, creating a smoother, flatter tummy area. The procedure is considered permanent and has been known to provide the quickest, most dramatic results of the three procedures.

Abdominoplasty is best suited to people who have a stretch of fat they’ve been trying hard to shift for a while. Generally, the procedure is discouraged amongst those with a BMI over 30, those who want to get pregnant in the future, those with a chronic heart condition, and people who are actively trying to lose weight as post treatment further excess skin may need to be removed.

It is important to remember that abdominoplasty is a major surgical procedure, so naturally comes with a higher risk of complications than the other procedures mentioned here. Patients may experience a loss of sensation around the abdomen, fluid accumulation, wound complications, infection, and tissue necrosis. While the positives may outweigh the potential risks for many people, it is important to talk through the details with a surgeon before committing to major surgery.

Abdominoplasty starts from $10,000 in Melbourne.

Liposuction is a less invasive procedure than abdominoplasty that involves making small incisions around fat pockets under local anaesthetic. A small tube known as a cannula will then be placed in the pocket to loosen fat cells. Any dislodged fat cells will then be sucked out with a medical vacuum. The procedure usually results in a smoother, flatter appearance to the treated area, although the outcome tends to be less dramatic than the abdominoplasty.

Liposuction is a good choice for people with unevenly distributed fat deposits. However, it is not recommended for people who are obese or for those with blood clotting disorders.

Liposuction carries a lower risk of complications than abdominoplasty, but it is important to remember that it is still a surgical procedure. Risks include numbness around the affected area, fluid accumulation, contour irregularities, infection, and fat embolism.

Liposuction in Melbourne generally starts from approximately $4000 for small areas like the chin and progress up to $10,000 or more for larger/multiple areas.

Cryolipolysis is a minimally invasive procedure involving places a special machine on to a section of fat, which is then cooled to freezing temperature. In the week following the treatment, the body eliminates the frozen dead fat cells via the liver, and patients start to see the treated area take on a smoother, flatter appearance. Unlike abdominoplasty and liposuction, the procedure requires no recovery time, but most patients will need to return for a few sessions before they start to see real results.

Due to its minimally invasive nature, cryolipolysis is available to a wider range of patients than the other two treatments. However, it is no replacement for diet and exercise, and tends not to be an option for the obese.

The side effects of cryolipolysis tend to be very minor, and mainly consists of bruising or stinging sensations. Indeed, the procedure is much safer than liposuction or abdominoplasty thanks to the fact that it does not involve anaesthetic, incisions or recovery time. Although it may not produce the dramatic results of abdominoplasty, it is a great treatment for those who want to improve the appearance of fat deposits without undergoing major surgery.

Fat freezing at our Melbourne clinic starts from $399 for a single applicator.

Book your appointment for cryolipolysis fat freezing with The Derm Lab today.

The Derm Lab offers complimentary consultations for the following treatments:

Kindly fill out the form below and we will contact you within 24hours to schedule your consultation.