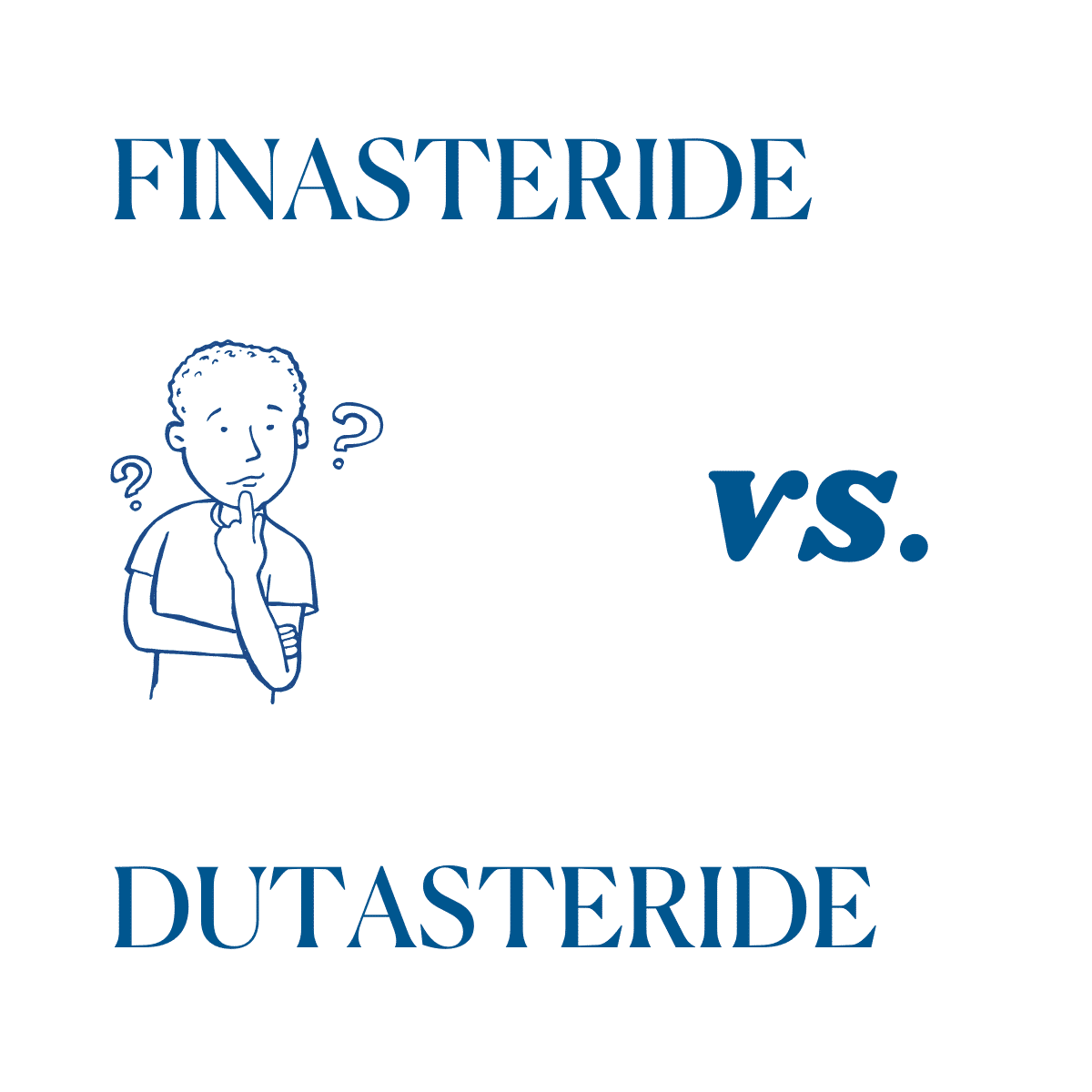 Hair loss is a problem you want to address as soon as possible. Apart from surgery, you can also use medication, such as Dutasteride and finasteride. Both belong to a class called 5-alpha reductase inhibitors and prevent DHT production, which is typically responsible for baldness.

However, before you opt for one, it’s important to understand how they work. To help you do so, we’ll take a closer look at the Dutasteride vs finasteride hair loss effects and differences.

Finasteride is an effective medication for male pattern baldness (MPB). Besides Minoxidil, it’s the only treatment approved for this purpose. It was the first substance classified as a 5-alpha reductase inhibitor and is now often sold as Propecia.

Dutasteride is also a 5-alpha reductase inhibitor, but it’s never been approved as an official MPB medicine. Like finasteride, the substance was meant to address BPH and is still used for this purpose.

Despite the lack of licencing, Dutasteride may be more effective than finasteride in treating hair loss. According to a 2004 study, finasteride reduced DHT levels by around 70%, whereas Dutasteride lowered the levels by more than 90%.

As observed by the researchers, the efficacy of the two comes down to their ability to reduce DHT levels. Tackling this is crucial when addressing MPB, and Dutasteride seems more effective.

Side Effects of Dutasteride and Finasteride

Like all medications, Dutasteride and finasteride have potential side effects. In some cases, they can be quite serious and cause major issues, such as erectile dysfunction, loss of libido, and problems ejaculating. There are also milder side effects, including dizziness, weight change, and breast tenderness. Plus, the finasteride gynecomastia percentage is between 0.4 and 1, meaning that men can get enlarged breasts by taking the drug.

Nevertheless, the proportion of patients who experienced no side effects during clinical trials was nearly 99%. Therefore, adverse effects are possible, but they are extremely rare.

Which One Should You Go For?

While both substances are effective, the main difference between finasteride and Dutasteride is that the former is approved for treating MPB. We still don’t know enough about Dutasteride, despite some research ruling in favour of Dutasteride. The medication hasn’t been licensed for treatment in the US or UK, meaning finasteride is more trustworthy at this point.

That said, the odds for Dutasteride are looking good. It seems to be more effective and has similar tolerability properties to finasteride. Thus, it may overtake finasteride as the go-to MPB solution in the near future.

Dutasteride vs. Finasteride: What’s the Verdict?

Both Dutasteride and finasteride deliver excellent results in treating male pattern baldness. In addition, side effects don’t show up in nearly 99% of cases.

As always, proper consultation with your doctor is required. The information provided above is for educational purposes only.

The Derm Lab offers complimentary consultations for the following treatments:

Kindly fill out the form below and we will contact you within 24hours to schedule your consultation.